@xXRedTheCoderXx What does E block mean?

A block with two block inputs:

@xXRedTheCoderXx What does E block mean?

You supporters know you are wrong but dont just want to admit. Im yet again against this and know that this will prob get deleted by the scratch team.

Lol, you sound like a super villain or something. This is just a forum on a website for kids, no need to get so aggressive lol.

Also, I'm going to respond to (almost) everything you've ever said here because you just don't seem to get it.

There is a workaround and YOU CAN USE IT.

A complicated and inconvenient workaround that many people might not understand. And just because this block has a workaround, doesn't mean it should be added. There are plenty of blocks in Scratch that have workaround.

And it anyway still woudnt be that useful, and some kids (remember, this is a coding site for kids) might find it confusing.

Have you seen the amount of people finding this suggestion useful? And how, is “Two things happen at the same time” confusing? And even if some new coders can't use it because they can't get it, that doesn't mean it shouldn't be added. Look at the trigonometry blocks, for example.

Also, based on my knowlege. This doesnt exist in any other coding language this way, so its not educational.

How does hat mean it's not educational?

Okay, let me say. I ABSOLUTELY HATE THIS IDEA. I am out of here.

You said that in August. Why are you still here?

Oh and also i (A strong resistor(Xd) of this idea) just want to point out that this would make scratch soo much laggier… I mean it wouldnt be hard to abuse this to crash scratch….

That's against the ToS.

3.5 You agree not to use Scratch in any way intended to disrupt the service, gain unauthorized access to the service, or interfere with any other user's ability to use the service. Prohibited activities include, but are not limited to:

And even then, it's already easy to crash/lag Scratch.
And I've already said this, this block won't cause any lag that the regular editor can't already produce…

Can you please stop posting on this topic? Thanks. 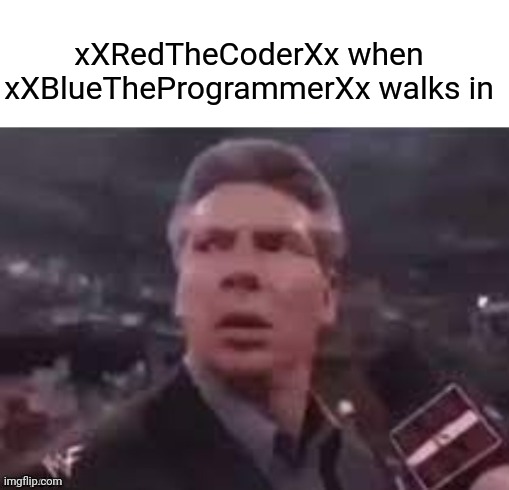 Also, based on my knowlege. This doesnt exist in any other coding language this way, so its not educational.

While an intriguing suggestion, we don't think it is a good fit for Scratch. It seems like a complicated solution to a problem that only results because of the way custom blocks were implemented. Maybe you could think of a different approach that doesn't need an entirely new class of block? Some way to tie multiple stacks to a single custom block definition? Perhaps broadcasts that are local to the custom block (just throwing stuff out there off the top of my head)?
Scratch Team Member, kayak and pickleball enthusiast, cat caregiver.

This is my forum signature! On a forum post, it is okay for Scratchers to advertise in their forum signature. The signature is the stuff that shows up below the horizontal line on the post. It will show up on every post I make.
(credit to Za-Chary)